“Every Writer a Voice” at the Word Awards (Photo by: Stephen Gurie Woo)

THE BATTLE FOR HALCYON Winner in the Speculative Fiction category (Photo by: Stephen Gurie Woo) 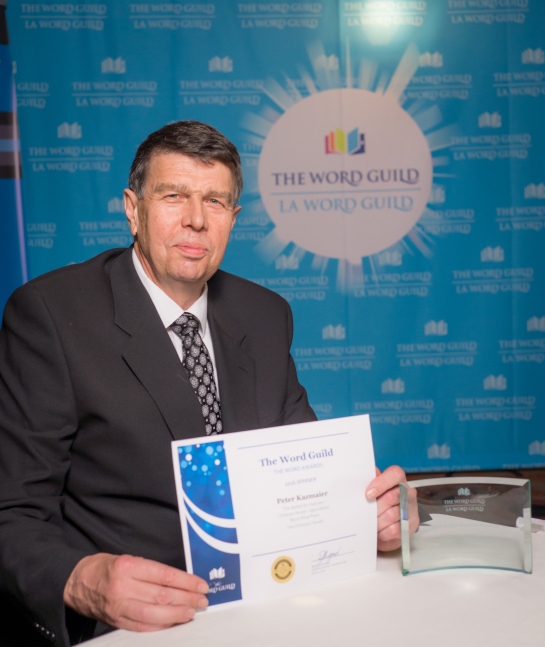 The Wolfsburg Imprints book, The Battle for Halcyon, is still in the running for the Speculative Fiction category of the Word Awards. The Award winner will be announced at the Word Award Gala in Toronto on June 24, 2016.

Here is a 100 word excerpt from the book requested for the Gala.

Dave peeked over the rubble heap and saw a large band of Halfmen approaching, carrying torches. Just then an arrow thudded into the first Halfman and the others howled with rage and sprang to the attack. There were so many of them that they flowed through a gap in the broken ruin of the wall like a dark howling tide. Dave had no time to think, but along with his friends was fighting for his life. Three large Lupi bounded on a nearby broken wall. The leader spotted Dave, growled and leapt for him. Dave rammed his shield into its snout and thrust his sword into its chest.