Skip to content
November 19, 2022 Posted in Coventry 2091, Library, Questioning Your Way to Faith, The Dragons of Sheol, The Halcyon Cycle, The Halcyon DislocationLeave a comment

Hoopla is one of the largest library sites in North America. It has taken a while, but now four out of five of Peter Kazmaier’s books can be downloaded from Hoopla, and it is likely the fifth book, The Battle for Halcyon, will be available soon. Hoopla is a bit different than other library apps such as Overdrive’s Libby. In contrast to Libby where the library has to purchase e-books, before they can be lent, Hoopla makes the whole huge Hoopla library available to the library patron and a library is only charged if the e-book is borrowed.

March 9, 2021 Posted in Book Preview, Library, The Battle for Halcyon, The Dragons of Sheol, The Halcyon Cycle, The Halcyon DislocationLeave a comment

Although I prefer holding a real book to reading a book on my smart phone, I have found e-books particularly useful for library borrowing. They allow waiting lists and automatic retrieval (no more pesky library fines).

I am gratified to point out to my friends in Calgary, that THE HALCYON CYCLE books are now available in e-book format at the Calgary Public Library … if you haven’t read, for example, THE DRAGONS OF SHEOL, why not check it out there for free?

November 10, 2019 Posted in Peter Kazmaier, Questioning Your Way to Faith, The Battle for Halcyon, The Dragons of Sheol, The Halcyon Cycle, The Halcyon Dislocation, Where to BuyLeave a comment

The lag to get Peter Kazmaier’s books onto Apple’s iTunes site always seemed unduly long because (according to the distributor) the file requirements for the upload were so stringent.

Thankfully that has been solved and even the most recent book, The Dragons of Sheol is now available on the iTunes site. Why not check it out?

October 17, 2019 Posted in Book Preview, The Dragons of Sheol, The Halcyon CycleLeave a comment

Link to the original posting

Re-printed below in a more readable font

The main difficulty for me with the Halcyon Cycle has been the interval between books! On this occasion, (having previously written to ask when this was coming out) Peter kindly sent me a free review copy, which I found waiting for me on my return from a trip away. I was tired from my travels; so that made a perfect excuse to put my feet up and read – and I devoured over a third of the book in one day! After that, I decided I had better catch up on my other work and rationed myself quite severely. One tip: if, like me, it’s about 2 years since you read the last book I’d recommend re-reading that first. Maybe even re-read both. I found that I had become pretty hazy over some of the details: but I was so intent on following the story that I failed to notice the helpful glossary and maps at the back until I’d almost finished.

The book is very fast-paced, as Al and his friends engage in an increasingly desperate search to trace his wife and adopted son before they are lost forever in the terrifying abyss called Sheol. This leaves them less time for philosophical debate than in previous books. Nevertheless, the philosophical element is still present, covering such issues as the social bankruptcy of [tyranny], duty in the face of despair and whether the goodies are always good or the baddies irredeemably bad.

The book ends on a high note: but this is very evidently the calm before the storm. Key questions remain unanswered; and the eventual outcome is far from certain. Will good ultimately triumph over the evils that may arise from the depths of Sheol, from within the ranks of the Ancient Ones, or from Earth itself? Is there going to be another trilogy? I won’t be satisfied until I see the next series. 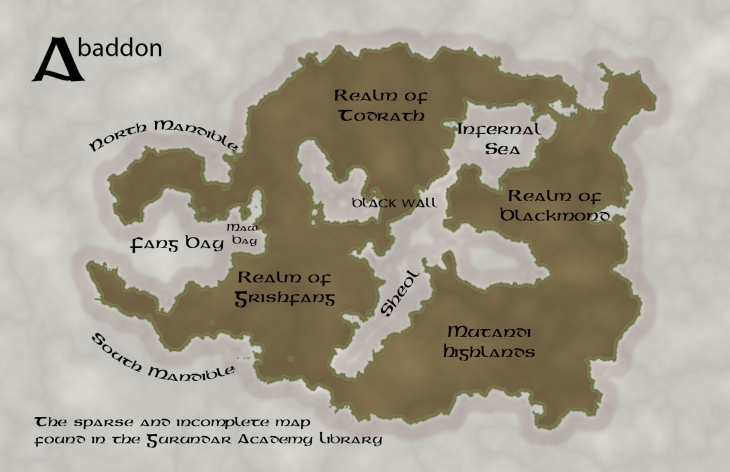 A reader of Peter Kazmaier’s first book (The Halcyon Dislocation) state that “Kazmaier hurls readers into a world with shady morals, dubious friendships and exotic surroundings.” Kazmaier’s most recent manuscript, The Dragons of Sheol, is also worthy of this praise.

The exotic setting, in this case, is the continent of Abaddon which resembles a giant continent-sized crater with a ring of coastal mountains and the Abaddon plain some ten kilometers below sea level. The high air pressure and the penchant for wizards in one area of the continent (the Mutandi Highlands) to create all kinds of bizarre and dangerous lifeforms, fills this continent with exotic and dangerous plants and animals.

We had heard of Abaddon in Kazmaier’s second book (The Battle for Halcyon). Now the reader gets to explore this world in an adventure in which Albert Gleeson tries to rescue his kidnapped pregnant wife and adopted son.

The manuscript is just entering the editing stage. The book itself is slated to be published in 2019. 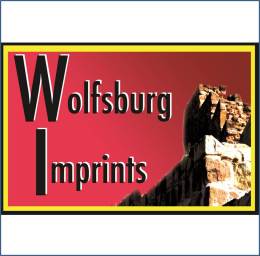